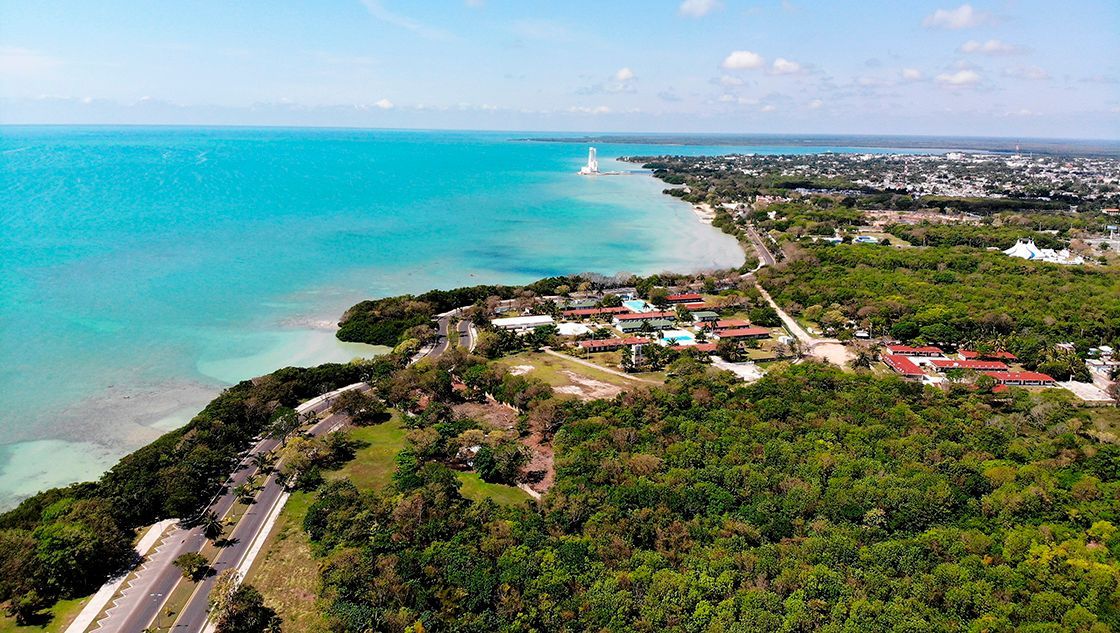 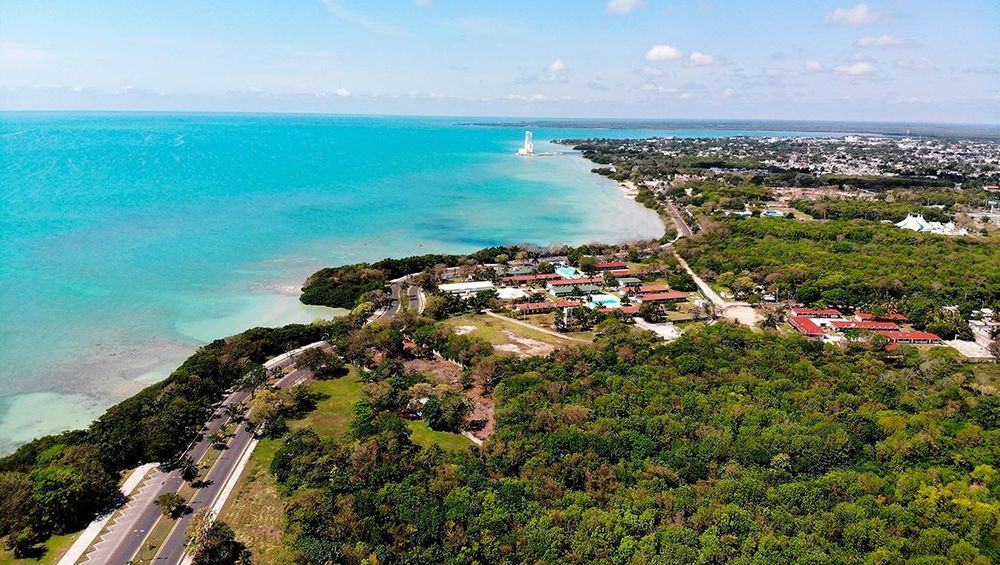 Its geographical location in the center of the region and next to the mouth of the border river Hondo, is unbeatable, in addition, Chetumal has all the services of a large city, and very soon the airport and some of the roads that are now in enlargement, they will come to confirm it.

But apart from its strategic advantages, Chetumal is a city with a very own personality: modern, smiling and relaxed.

The corners worthy of a visit are many more than you might think: from its varied Art Deco monuments, to its museums and its splendid boardwalk.

To the west, the city and the Bay of Chetumal welcome visitors with this pleasant esplanade with gardens and benches. In its center stands a large sculpture called "Renaissance", which recalls the terrible fury of Hurricane Janet. On September 27, 1955, this meteor struck with such force that it practically destroyed the city and caused the death of some 800 of its eight thousand inhabitants.

On one side of the park is a large shopping center and the new Villas Manatí marina. A few meters to the east is also the Palace of Justice, seat of the state judicial power.

To the east of the Palace of Justice, on Bahía Boulevard, you reach the intersection of Héroes avenue, where the Government Palace, the seat of the state executive power, built between 1936 and 1955 stands. Almost opposite, in the middle of an area wooded, this esplanade opens with a monument to the flag and a huge flagpole. The monument is a huge obelisk with a clock on each of its four sides. At his feet, a pair of golden eagles flank a pedestal on which stands a sculpture alluding to the defense of the homeland. The combative ensemble is a clear expression of the year in which it was erected, 1943, during World War II and still under the Art Deco stylistic dominance.

To the east of the obelisk, in front of the intersection of Boulevard Bahía and Calle 16 de Septiembre, a conical plinth emerges from the bay on which the Monument to the Fisherman rises.

Next, also to the east, is the Legislative Palace, headquarters of the State Congress, which can be visited from Monday to Friday from 9:00 a.m. to 10:00 p.m.

Following its line towards the east, a little less than a kilometer away is the City Lighthouse, erected in 1930. From there, the next three kilometers of the boulevard show a sculptural corridor with 17 pieces by different renowned artists such as Pedro Cervantes, José Luis Cuevas and Helen Escobedo.

One block north of the City Museum, on the same Avenida Héroes, are located the Altamarino Market and the Allegoría del Mestizaje monument, erected in 1981. Behind them, on the corner of Héroes, and Mahatma Gandhi, is another museum that without exhibiting archaeological pieces of the ancient Mayans, achieves a very interesting exhibition of their culture. It is without a doubt one of the must-see sites for any traveler in Chetumal.